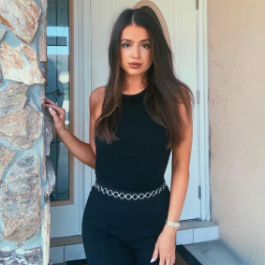 Since the young age of nine years old Vanessa Simpson could not put down the microphone. She was excited and influenced by her older sister Christina Simpson to start singing. She would tag along to her older sister’s vocal lessons and listen in on them. Once she started singing, she did not stop and had to take her talents to the next level. At the young age of 10 she joined a singing group that performed locally in South Florida. Performing quickly became her passion. Once she realized she could fearlessly perform she decided to enter local singing competitions. She won runner up in South Florida Fair as well as runner up in Rotary Future Stars in which she sang on the famous Mizner Amphitheater stage. She has also performed in front of the legend known as Connie Francis in which she sang the songs Connie made famous to Connie herself.

At the age of sixteen years old she entered the American Idol Experience. After auditioning with hundreds of people, waiting in long lines, and the rush of performing in front of hundreds of voters. She ended up taking first place and now owns the golden ticket of Hollywood Studios Disney. After long lines she earned a front-line place to audition for the real American Idol. Once you combine all these wonderful experiences you will see why Vanessa Simpson cannot keep her feet off the stage. These exciting experiences are only parts of the reasons why she sings. The main reasons are the feelings she gets and the joy it brings her and hopefully others too.