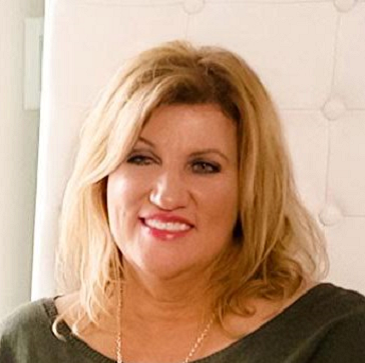 An active, outgoing child, Becky’s entrepreneurial spirit revealed itself early, but was tempered by low self-esteem as a result of undiagnosed Attention Deficit Disorder.

The little girl who, at the age of 5, went by herself through her neighborhood, collecting money door-to-door for UNICEF because she wanted to, had difficulty following in class and taking tests. She was assessed by her teachers with poor comprehension, and by that, Becky interpreted it as “you’re not smart enough.” For much of her life, she believed it. Yet it never kept her from working hard.

A “catastrophic event” marked a low point for the 34-year-old Becky, but it also began her ascent. Her latent entrepreneurship re-emerged, and while holding her job as a flight attendant, she took her real estate exams and founded a wildly successful brokerage in Florida. More importantly, she began to chip away at her long-held belief that she wasn’t smart or capable enough. She attended workshops and seminars that launched her on an ontological journey of self-discovery that continues to this day.

After the collapse of the housing market which brought her brokerage to a close, Becky began applying what she’d learned about herself to helping others as a life coach and founded her newest business venture, SkyBitch LLC and Bitchin Cookies.